We use cookies to improve function and performance for an optimal site experience. By closing this banner, you consent to the use of cookies. To learn more or opt out click here or accept and close. 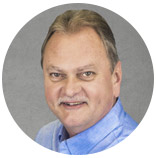 VP Operations, Blinds Don started with Intigral in 2012 and has held progressing roles during that time. Don has spent his life in the fenestration industry progressing to becoming the General Manager for the largest window manufacturing plant in the United States. Don was promoted to running the operations of our blinds division in 2014.
Top